Pangi Dakraine is one of the most traditional and loved festivals of Kinnaur. It is associated with remembrance and celebrated with great enthusiasm. As the name suggests, it is celebrated all over Kinnaur but especially renowned in Pangi.

Piri is the ancestral village of the people. On the 15th of July, all the villagers trot towards the Piri village. It is considered sacred and holy and has a special place for the Kinnauri people.

It is compulsory to dress up in traditional clothes during Dakraine when you visit Piri. The villagers make merry and sing and dance. They cheer and enjoy the whole night except for a break only for dinner. They consider it as a compulsory notion from the gods! 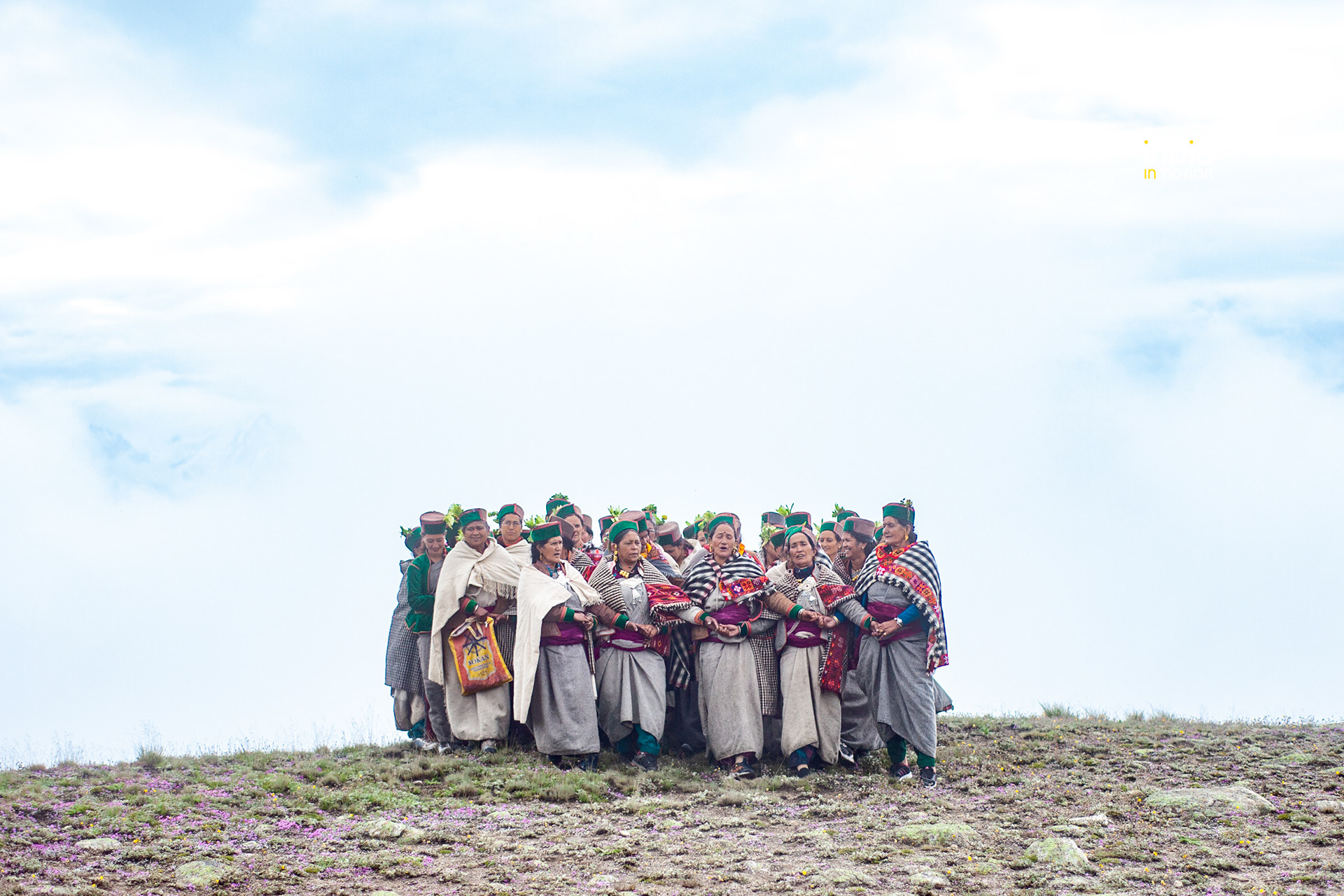 Flags in the name of the deceased in the last year are erected at 4 am the next morning. They are used to honour the dead souls and placed as per the age of the dead.

After placing the flag, they all have breakfast together and set off to Rang Karang. Here, the villagers are separated on the basis of genders into male and female.

They all dance in separate groups and have fun. Later, they get together and enjoy. As seen in the festival of Ukhying, here also a fun game is played between the brother and sisters-in-law. Sattu is smeared on each other’s faces as a sign of fun and sport.

They all sing traditional songs together and frolic around. They then return to the sacred Piri and have lunch together. The festivities continue and they all have food sitting together.

This is situated about half a kilometre away. After reaching Kukhri Thanti, the villagers divide into two separate groups. They are called as the Yeh or Upper Pangi and the Then or Lower Pangi.

The two groups gather together at different spots and start singing and dancing. A mock marriage is held then. Sounds so beautiful and so much fun, right? 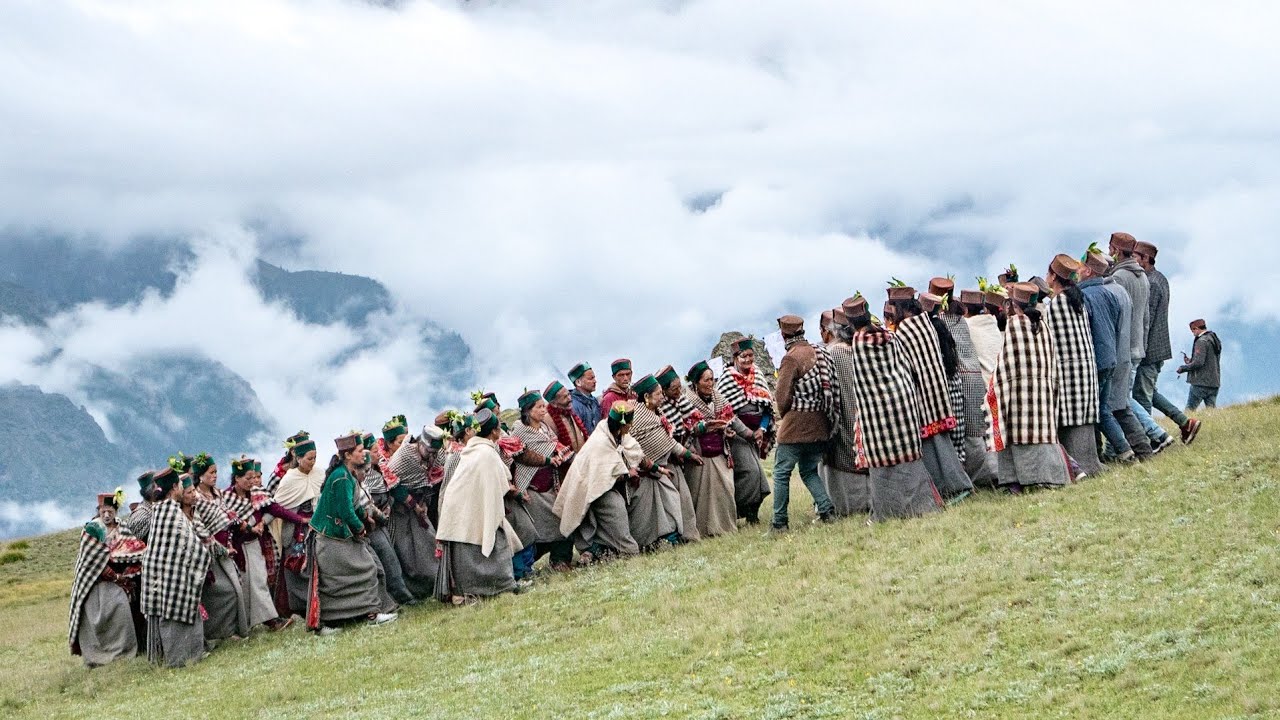 Yen Pangis steal a bride from the Then Pangi and vice versa. The boys playfully fight amongst each other over which girl to marry. They create mischief and at last, a boy chooses the girl. He touches her and then the bride is stolen. The friends carry them off and marriage is solemnised.

This is in adherence to their old customs and traditions. It is a way to honour the ancient culture on the Pangis. The opposite sides then fake fight with each other over this.

In order to please them, the relatives are showered with gifts and alcohol. This is all enacted like a beautiful play.

Then the Kukhris or unmarried women of the village come into the action. All the people are offered food and drinks by them. Some offer them, sweets, while others have cooked savoury Kinnauri dishes.

These women are then rewarded with gifts or money and lots of blessings from the fellow villagers. The lunch helps satisfy everyone’s stomach and act as an abundant supply of blessings for the Kukhris.

On the way down, they all stop at the sacred Bang tree. Leaves and flowers are collected from this tree. It is considered very important to the people of Kinnaur.

These leaves and flowers are brought to the temple grounds or Oyenang Santhang. All the people are bound to be dressed in traditional wear and this consists of special woollen caps.

These caps are then adorned with the flowers from the Bang tree by men and women alike. The villagers then all hold hands together like a big, happy family and start descending towards the temple.

At the temple, the rest of the villagers are also present. The devtas (SheShring Ji and Nagas Ji ) then welcome the people just returned. They are then ordered to enter the temple only under the RAth or chariot is driven by them. This is in order to keep away the bad spirits they might have encountered. 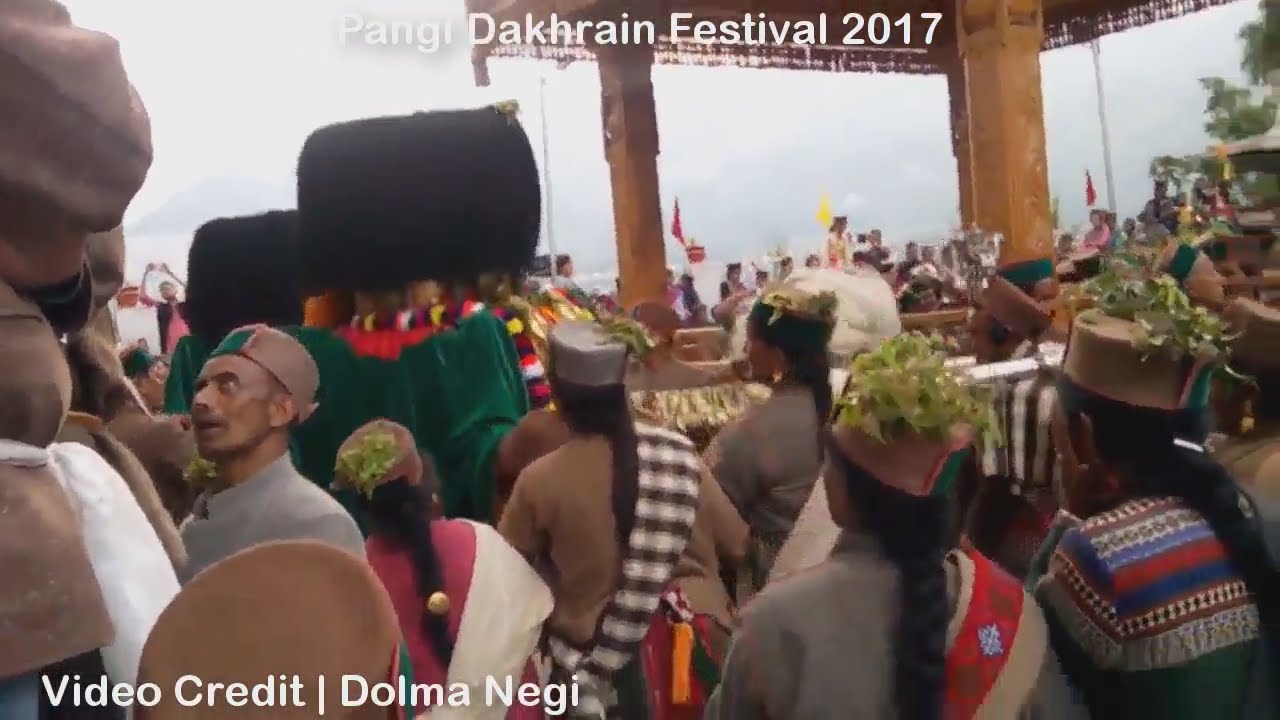 At the temple, all the Piri pilgrims dance in the temple. The rest of the villagers are not allowed to even touch them or obstruct them. After this, the Lord or Devta binds them to remove the flowers.

These are then thrown above the roof of the inner sanctum of the temple, the Chorang. Thus, ends the very special and traditional festival of Pangi Dakraine.

Delhi: the cuisine capital of India .

9 Camping Mistakes You Must Avoid

The Most Amazing Treks For Winters In India Himalayas

Precautions to take before travelling to avoid a pandemic in future.

How To Choose The Right Travel Insurance