The Land Of Gods

Varanasi, The holy town which is situated on the west bank of River Ganga. It is also known as the Land of Shiva or mostly known as a historic city which houses many mysteries in itself. The city of Varanasi is a spiritual city which dates back to more than 3000 years in the past. Varanasi is and will always remain an important pilgrimage centre in India. Today Varanasi is a busy hub of Uttar Pradesh with winding roads and ghats which are always crowded by people and also the famous burning smell of incense and the smell of burnt firewood near the holy ghats of Varanasi. The aartis and the floating earthen lamps over the river Ganga in the evening is a sight to watch in Varanasi. Apart from this, the sacred city also reflects the architectural skills of architectures from that period of time. Overall Varanasi is an epitome of rich Indian culture and faith in God. This article will show you some of the best tourist attractions in Varanasi.

​First up is,This sacred temple which is situated in the premises of Banaras Hindu University (BHU), this is a must visit place in this list of best tourist attractions in Varanasi. This temple was constructed here by the Birla family and this temple is also known as the Birla Temple. It is actually more of a temple complex since it houses 7 temples in itself. The Shiva temple is situated in the ground floor, whereas Durga temple and Lakshmi Narayan temple are housed in the first floor. The walls of this temple are adorned with texts from Gita, which will for sure catch your view once you visit the Vishwanath Temple. 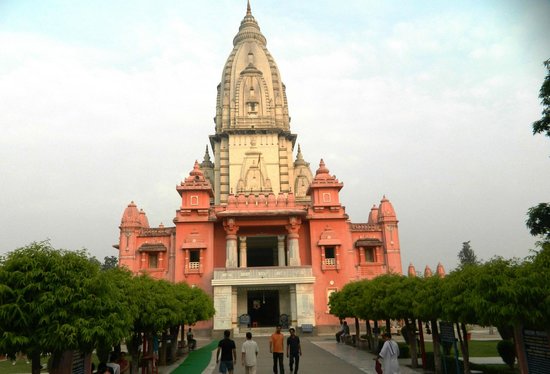 ​Next is this beautiful temple which is famous for its exquisite architecture and wood work. It is believed that the temple was built by King of Nepal and therefore this shrine is also called Nepali Temple. It is housed in the holy  Lalita Ghat that tends to catch the attention of many visitors in Varanasi. The intricate wood carving is what, which will attract you the most to this sacred temple. The temple also depicts the architecture taste of the rulers of Nepal. This has to be one of the best tourist attractions in Varanasi simply because of its beautiful wood work.

​Next up is Kashi Vishwanath Temple which is considered one of the most important place to see in Varanasi. The history of this sacred shrine can be traced back to 3500 years ago. This temple is also one of the 12thJyotirlingas, which are considered the holiest Shiva temples in all of the World. The Linga here is the presiding deity here and the temple is quadrangle, surrounded by temples of other gods. This is one of the most busiest spot of Varanasi, People flock in huge numbers to visit this holiest of holy temple every year.

​This one is one of the most important shrine in Varanasi. this shrine is made for Lord Rama, This Temple is situated besides another famed temple called Durga Temple. It is a white-marbled temple that has its walls covered with the text from Tulsi Das written Ramcharitramanas. It is believed that the temple is located at a place where Tulsi Das wrote this famous Indian epic. This is one of the best tourist attractions in Varanasi.

​Next up is this holy temple which is actually one of a kind as instead of being dedicated to any god or goddess, the temple is dedicated to Bharat Mata or India (assumed as Mother). The temple is situated in Mahatma Gandhi Kashi Vidyapeeth Campus. Inaugurated by Mahatma Gandhi in 1936, the temple was an inspiration for those who were fighting the war of independence. The statue in the shrine denotes mountain, plain and ocean and the major highlight of the temple is the relief map of India carved on a marble. This is one of the must visit best tourist attractions in Varanasi simply because of the patriotism related to this temple.

​This is a special, Alamgir mosque which is famous for its exquisite architecture and location. This special is situated on the banks of River Ganga and tends to provide a great view. It is said to have been built by Mughal Emperor Aurangzeb who is believed to have demolished the old Kashivishwanath Temple and constructed this mosque in its place; Alamgir mosque is a fine piece of architecture. This mosque is also known as Gyanvapi mosque due to well which is close by. You can clearly notice the influence of Hindu architecture in this mosque; however most of the mosque is done in Islam architecture. This is truly one of the best tourist attractions in Varanasi. 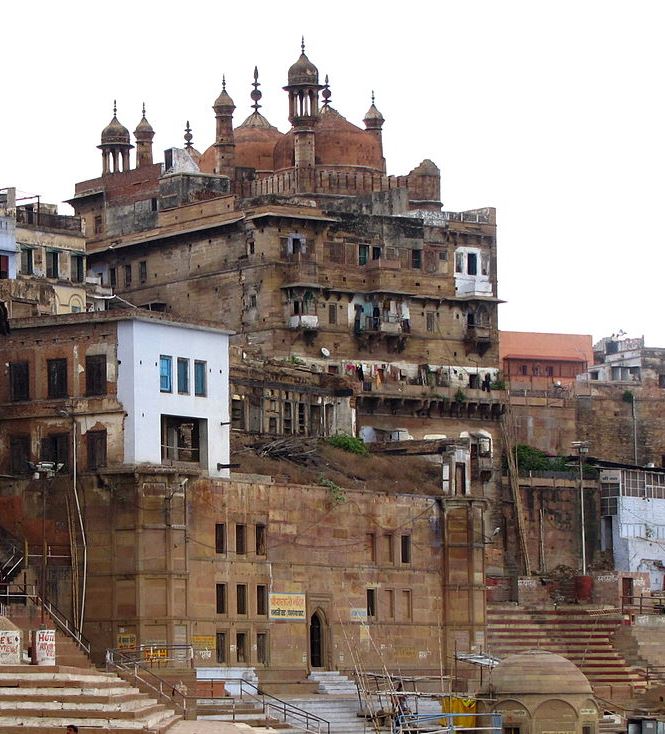 ​Next up is another special coming right over, Ramnagar Fort which is situated across the river beyond the Asi ghat. Built in the early 17th century, this fort still stands tall and majestic and this fort has housed the royals of Varanasi for more than 400 years.  You can still witness the ornamented swords, photographs of tiger shoots and visits by the King and Queen of Belgium has been put up on the wall. The Durbar Hall of the fort is converted into a museum, where several objects like palanquins and elephant howdahs are on display.

​Looks like a row of specials have come, Next is Harishchandra ghat which is named after the mythological character Raja Harishchandra, who once worked at this ghat. This king was believed to be righteous and truthful, by which the gods were so pleased with his humble behaviour that they retrieved his lost kingdom and his dead son to him. Harishchandra Ghat is one of the ghats used for cremation in Varanasi and it is said that whosoever is cremated here attains Salvation. 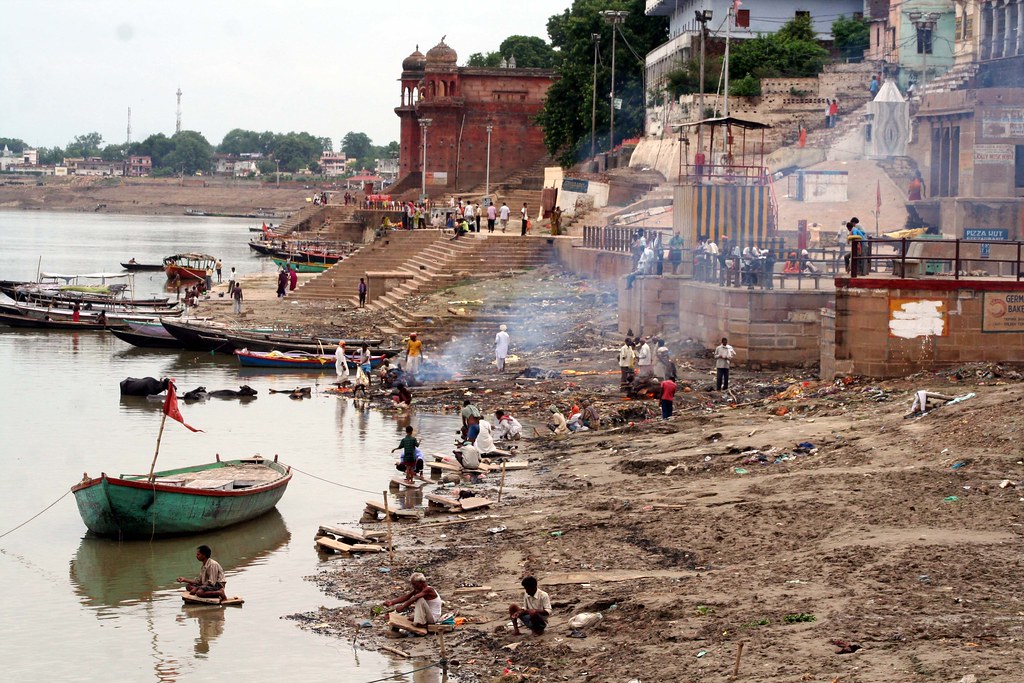 ​Next up is this holy ghat which has been named after the great poet Tulsidas, who is believed to be the author of the Hindu epic Ramcharitramanas. It is believed that Tulsidas sat on this ghat and wrote a part of Ramcharitamanas. It is also believed that the first ever Ramlila to take place (the story of Lord Rama’s life) was staged at this ghat.  There is also a big temple which is said to be for Lord Rama.  At the holy Tulsi ghat many cultural activities also take place and the most viewed cultural activity is the Krishnalila that happens in the month of Kartika. This is another of the best tourist attractions in Varanasi.

​This is Ahilyabai ghat which was made in 1778, then a famous Queen by the name Ahilyabai Holkar ordered the Ahilyabai ghat to be made out of concrete. This ghat is famous because it is believed  to be the first ghat in Varanasi that has been named after a person. The best time of the day to visit here is in the morning hours, when the Hindu devotees throng this ghat in large numbers to take a dip in the holy river Ganga in order to get cleansed from their sin. This is one of the best tourist attractions in Varanasi since this has to be visited at the start of day for the holy dip and at the time of sunset which showcases the beautiful sun going down in style. 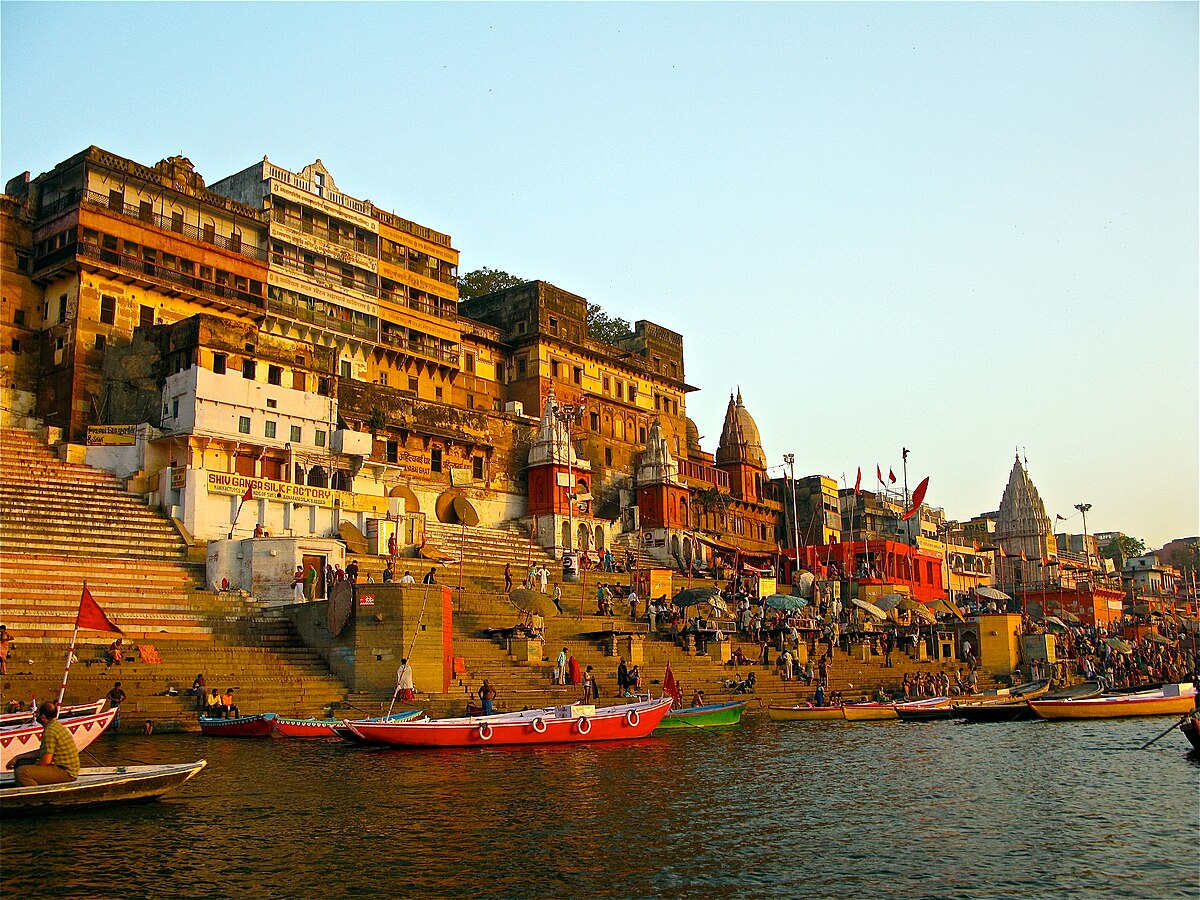 ​Next up is a museum which will not at all bore you, To the south of the Vishwanath Temple is Benaras Hindu University, which was founded by Sanskrit scholar, Madan Mohan Malviya. Within the campus of the university is the famed Bharat Kala Bhavan Museum, which is renowned in India for its rich collection of Indian paintings. The paintings date back to between 11th century and 20th century and are about 12000 in number.  The Mughal miniatures, the sculpture of marriage of Shiva and Parvati and the 11th century statue of Vishnu and the Gandhara sculpture are the major attractions here. Art enthusiasts beware, this is truly one of the best tourist attractions in Varanasi for viewing such rare art.

​Next up is another ghat which is actually reckoned to be the mythical meeting place of five sacred rivers. There are many images of the five river goddess drawn here, namely, Ganga, Yamuna, Saraswati, Dhutpapa and Kirana. Many devotees throng this ghat in huge numbers in hopes of attaining blessings from these five goddesses. There are five idols presiding here and each of them is made from black stone. From the ghat one can also see the Alamgir Mosque, which is believed to have been constructed by Aurangzeb. This is another one of the best tourist attractions in Varanasi for all the hard-core religion followers out there.

​Next up is a well which is adjacent to the holy Vishwanathan Temple and that is the ancient Gyan Vapi Well (Well of Wisdom). It is believed that the water of this well contains the Linga from the original Vishwanath Temple, which was vandalized by Mughal emperor Aurangzeb in the 17th century. But the most interesting fact about this ghat is that the Gyan Vapi mosque which was built by Aurangzeb in this place was where this temple was situated. This is again one of the best tourist attractions in Varanasi for all the searchers of Gyan.

​Next up is the holy Causatthi Ghat which is known for its beautiful palace built by King Digbatiya of Champaran, Bihar. The ghat is also known as the shelter of famous Sanskrit scholar Madhusudan Sarasvati. There is this particular temple complex at the ghats, where old images of Kali, folk goddesses, Shiva, Ganesha, and Kartikeya can be viewed. On the 12th dark-half of Chaitra (March-April) many pilgrims pay a visit to the Yogini temple and take ritual baths at this ghat. Another occasion of attraction is Holi, on the eve of the festival devotees come to pay homage and perform rituals at the ghat. This is actually the best tourist attractions in Varanasi for everyone since they get to watch and celebrate Holi in the typical Indian style form.

​Next up is this beautiful ghat which was constructed by Raja Rana Jagat Singh, who came to Varanasi as a pilgrim. There is a palace near this ghat, which is believed to be the place where the Maharaja stayed during his pilgrimage. This palace also boasts of its rich Rajputana architecture and which is also the main reason for this ghat to become the hotspot for a lot of tourists. This is another of the Best Tourist Attractions in Varanasi which showcases the beautiful Rajputana culture in itself. 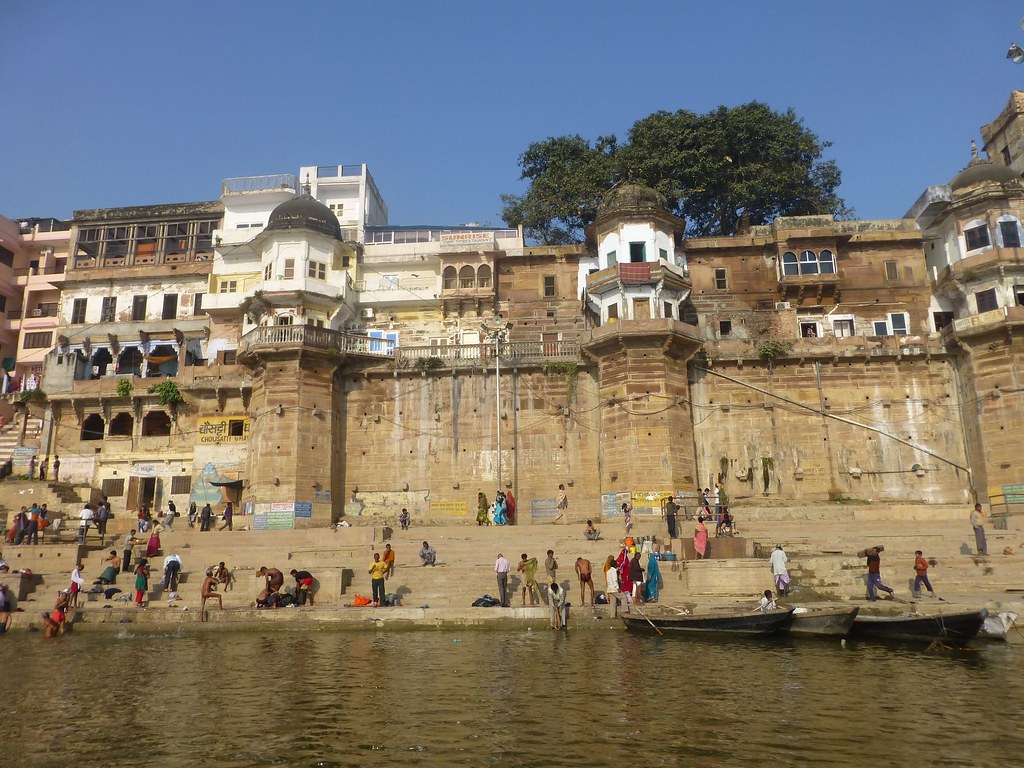 Well folks, looks like we have reached the end of our journey. But I must agree it was truly a religious journey which included some of the beautiful Ghats, Forts and moreover the Temples which truly showcased the architecture skills from that period of time of the most spiritual city of India and that is none other than the holy Varanasi. These are truly the best tourist attractions in Varanasi.